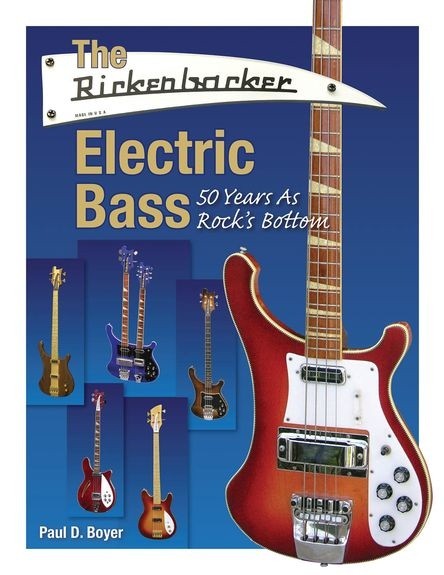 The Rickenbacker Electric Bass: 50 Years as Rock's Bottom is the first book to trace the history of the iconic guitar, from its protoypes through its explosion of popularity in such bands as The Beatles, Yes, Deep Purple, and Motorhead, to name but a few. The Rickenbacker bass became a phenomenon after the introduction of the two-pickup 4001 model in 1961. The Beatles' use of Rickenbacker instruments was pivotal.Teen groups everywhere wanted to have the same instruments The Beatles used so they could achieve the 'right' sound. With its ultra-modern design that made the classic Fender Precision Bass look downright old-fashioned, the Rick, as it's more commonly known, quickly became a darling of progressive groups that loved its look as much as its different sound.