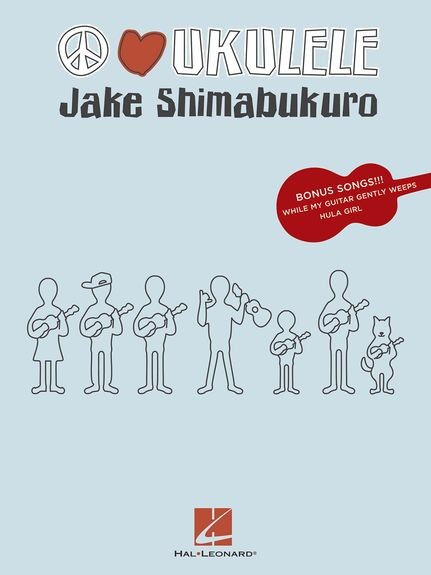 Deemed 'the Hendrix of the ukulele,' Hawaii native Jake Shimabukuro is a uke virtuoso whose music has revolutionized the world's perception of this tiny instrument. Showcasing his complex finger work, his songs combine elements of jazz, rock, classical and traditional music.
This sought-after songbook features note-for-note transcriptions with ukulele tablature of Jake's masterful playing on all the CD tracks.
Also includes two bonus songs that are not on the CD: While My Guitar Gently Weeps - a Shimabukuro sensation on YouTube, and his hit song Hula Girl.